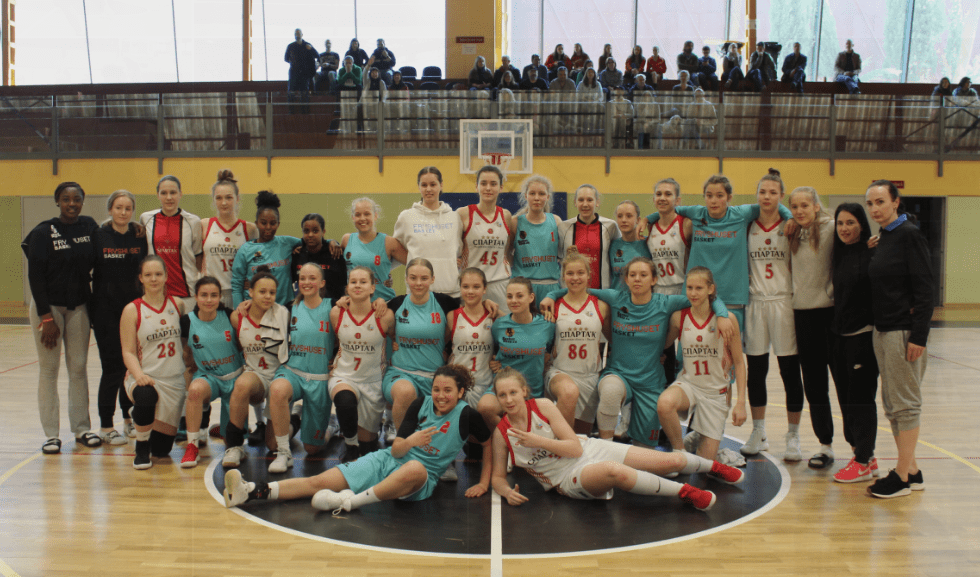 The best European northeastern teams, in the MICBasketball

MICBasketball is a basketball tournament that has been held for two years at Easter on the Costa Brava with the aim of bringing together the best teams in the world. And in its second edition (this 2018) has had the presence of several teams from the Northeast of Europe that have made a great impression in the tournament.

This is the case of the Finnish Fryshuset and the Russian Sparta & K Widnoje, which reached the final stage in the U16W category. Both faced each other in the quarterfinals (the Russians won). Later on, in the semi-finals, the Femení Sant Adrià (champions) was able to overcome them in a wonderful match.

The Finnish Fryshuset players enjoyed an unforgettable week in Platja d’Aro, taking advantage of the good weather and reinforcing the unity of a compact group. “We came to compete but we also wanted to live the experience to the fullest, and I think we achieved it,” admits Rusan, his coach.

Rusan recognizes that an international tournament is always special: “We have been able to play against teams of a high level. We have been surprised by the physical demands of the Spanish teams”.