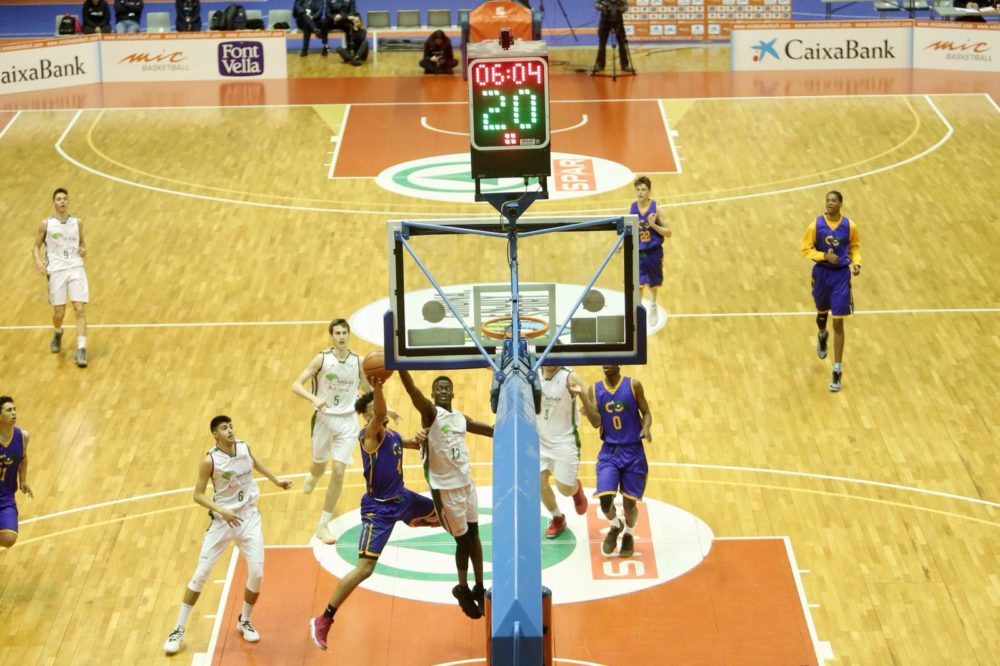 Partizan & Unicaja were the best at MICBasketball 2018

MICBasketball has finished the second edition after KK Partizan, Snatt’s Femení Sant Adrià and Unicaja Baloncesto have been proclaimed winners in the finals held this Sunday in Fontajau (Girona). The Serbian team has won the junior men’s category title and the Sant Adrià de Besòs team the title for the second year female cadet. Unicaja has also won the second year male cadet final. The matches of the finals were held in a Pavilion in Fontajau in an an event attended for more than thousand people.

In the MICBasketball final of the second year male cadet category, faced between Unicaja Basketball against Scios Celtics, has ended with a 83-65 result in the scoreboard in favour of the Málaga team. The match has been evenly-match until the third quarter, as a partial of 25 to 7 in favor of the Andalusians has been key to decide the match. In the semi-finals, held on Saturday afternoon, the Unicaja clearly beat the Mondragon Unibertsitatea for 67-20.

The female cadet final has been won by Snatt’s Femení Sant Adrià in a thrilling duel against the DME Sports Academy by 76-71. The match was evenly-matched during the first 40 minutes and it took added time to decide the winner. A triple of Judith Gómez in the last attack has forced the extra time and there the Catalans have been more effective.

The last match of MICBasketball’18 was played by Basketball Girona and KK Partizan in the junior male category. The Belgrade team has won 78-64 in a match in which they have always taken the lead and have known how to control it when Girona was pressing the most. The couple Karapandzic – Tanaskovic have been the best of the winning team.

Also this morning the finals of the women’s and men’s pre-children’s categories have been taken at the attached-pavilion of Fontajau. In the women’s final, Barça CBS beat CE Palamós by 39-93. The Barcelona team has marked differences from the beginning with good defenses and quick starts to the counterattack. In the second half and with the result decided, the team from Empordà has not given up and has competed until the final whistle.

On the other hand, the Sabonis KCC have also won the men’s pre-infant category, beating the Besiktas JR by 84-90. The Lithuanians came out on top in the game and at half-time looked like they had the final on track by winning by 30 points. But in the second half, the Turkish team has been able to reduce this gap to 4 points. However, they have been short of time to get around the scoreboard.

In the finals held this morning, the Councillor for Sports of the Ajuntament de Girona, Isabel Muradàs, the representative of the Diputació de Girona, Carles Salgas, and the territorial
representative of Sports in Girona, Pep Pujols, handed out the prizes to the champions and runners-up of the tournament, joined together with the director of MICSports, Juanjo Rovira.

The second edition of MICBasketball have counted on 10 men and women categories, with 1.000 players divided into 112 teams from 10 different countries. During the competition, more than 260 matches have been played in 18 pavilions from 16 different municipalities in the Girona province.